I have fallen too far behind to continue participating in Amy Johnson Crow’s 52 Ancestors challenge this year. Between the constant shoveling and plowing this winter and working 50+ hours a week, my one-eyed 10-year-old chihuahua battling a staph infection post-surgery, my 4-year old Bernese Mountain Dog with a seizure disorder, and furnace issues, I couldn’t keep up with the weekly posts.

That doesn’t mean that I stopped researching genealogy completely. In fact, I recently discovered I am a direct descendant of not one, but two Mayflower passengers. 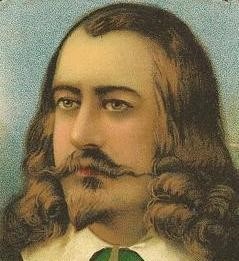 The first connection is through John & Elinor Billington. Here’s the line that leads to me:

Apparently, John Billington and his family had a reputation for being troublemakers. John had a long-standing feud with a fellow colony member named John Newcomen and it escalated to the point where Billington killed Newcomen. This sealed John Billington’s fate as he became the first man executed by hanging in the new colony.